There are many fears that people who are interested in Scuba diving claim keep that them from looking into the hobby further or trying it for themselves to see if they would really like it.

Some therapists use Scuba diving, in particular, to help people face and overcome their fear of confined spaces or of the dark, for example, but people can do this on their own without a therapist’s recommendation.

You just have to make sure that your instructor is aware of all of your fears before you sign up so that they know if they are the right instructor for you, and if the locations in which they commonly do their certification dives will be suitable.

These are some common fears that people have when considering Scuba diving:

Galeophobia – Fear of Sharks: Most of the fear of sharks has been stirred by pop culture films, such as the famous Jaws series, and the media, that make shark attacks at beaches out to be something much more than they are.

In fact, when we look at who was here first, the sharks were. And with modern technology, we have been able to learn about all of the various types of sharks, where they migrate from, go to breed, and tend to feed. With this information, we can know with a high degree of accuracy, what waters to stay away from during what parts of the year when it comes to sharks.

Claustrophobia – Fear of Confined Spaces: This fear, while most people say that they are feeling claustrophobic in a certain situation, means that you have this irrational fear all of the time.

If you were truly claustrophobic you would fear being in a plane, in a small room, in an elevator, or a crowded conference hall at all times and if the idea that something like that might happen, then your anxiety level would skyrocket even more.

When Scuba diving, you are completely surrounded by water and you can’t just swim as fast as you can for the surface when you feel that anxiety. It takes calm breaths and a calm mild to keep from feeling this way while diving, especially if you are prone to claustrophobia.

Agoraphobia – Fear of Being in a Place that Will Cause You to Panic: If you’ve already had a panic attack before, or maybe even several, and you avoid the places or activities that caused them or maybe any place or activity that you feel might cause another one, then you may suffer from agoraphobia.

This fear is commonly seen in people who are claustrophobic and have had a panic attack in a confined space before, or who have attempted to dive before and had a panic attack under water, whether they were in the training pool or on an actual dive.

Some people get anxiety just by being in the wetsuit and having the gear on, because it can be constricting and breathing through the regulator is not a normal feeling, especially when you know you can’t just take it off while under water.

Nyctophobia – Fear of the Dark: Most people don’t actually fear being in the dark. They fear what could be in the dark or happen to them in the dark. These fears usually come about from stories, movies, hearing things from friends, or even watching TV shows.

However, you find out about “what may be lurking in the dark” and whether or not it is a rational or irrational fear depending on where you are and when, you need to understand that your first dives will be during daylight, and no deeper 18 meters or 60 feet, so it will still be plenty light where you are.

It’s important also to recognize that if you do decide to go on with other certifications and learn to dive in low or dark light, there are tools at your disposal so you won’t be diving blind.

Aquaphobia – Fear of Water: This is an irrational fear that can be mild, meaning you just don’t like swimming in the deep ocean or going out on a boat even with a life jacket on and knowing the fact that you can swim, to much more severe that you don’t even like dealing with the water in the bathtub.

Whether it is mild or more severe, learning to safely Scuba dive can make people with aquaphobia much more relaxed around water because they know how to deal with being submerged, as well as swim, and being splashed. It may not get rid of the phobia, but it can help it become more tolerable. 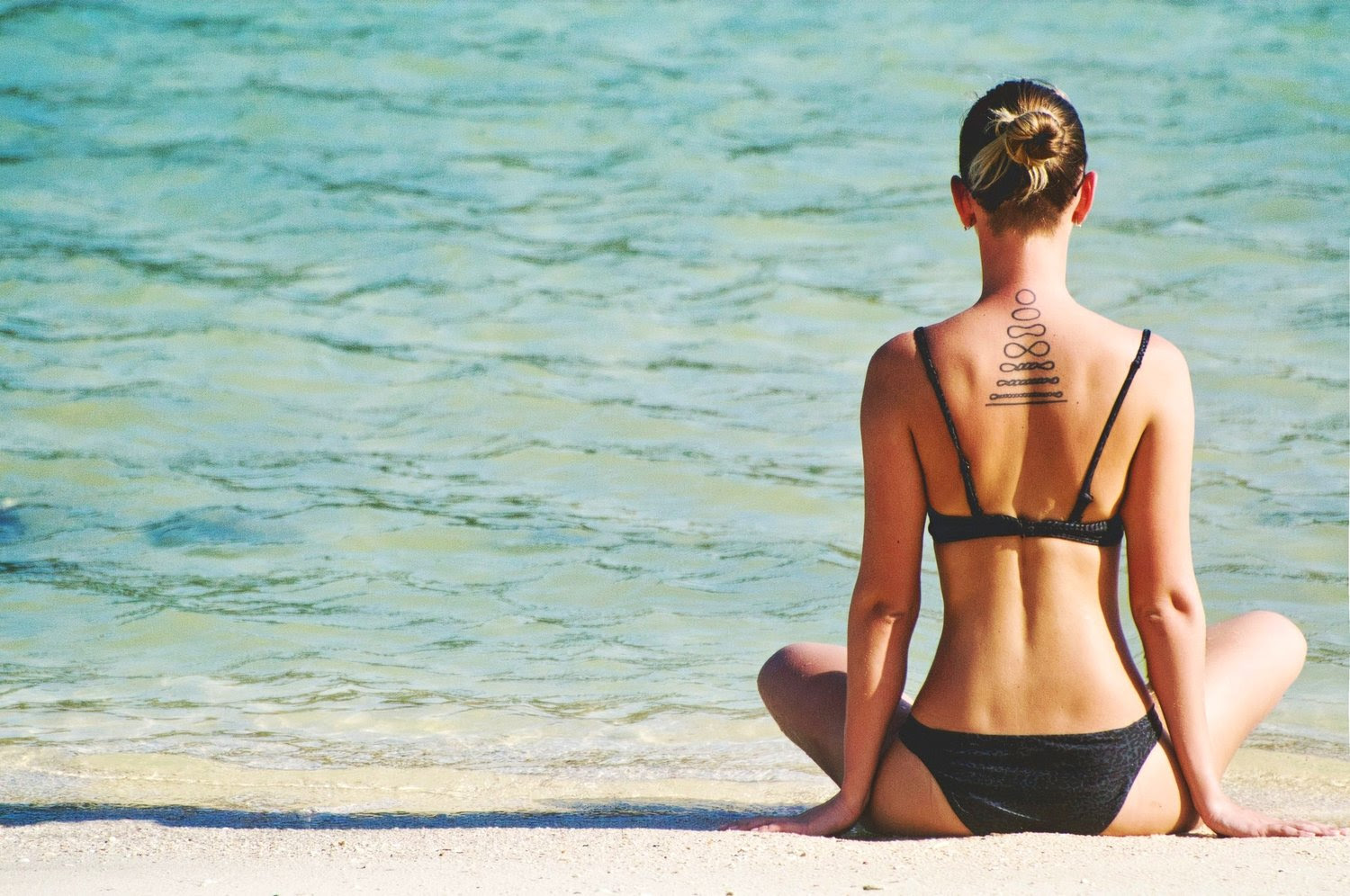 Diving Fears can effect every diver, meditation is one way to help.

How to Prepare for a Phobia Before You Get in the Water As mentioned earlier, you need to make sure your instructor (or all instructors, if there are more than one) know of the phobia so that they can help prepare you with mental sayings you can give yourself once in the water if you feel yourself starting to get anxious.

Also, they will give you a hand signal specific to that, telling them that you need help. They can walk you through with hand signals that you will learn in your classroom training before even getting in the water, and if that doesn’t work, they will bring you up calmly.

Knowing this before you get in, and being reassured by the instructor, will help you to feel more confident once diving.

How to Calm Yourself Once You Are in the Water An instructor will help, but it’s important for you to know how to help calm yourself as well. Use a calm breathing technique by simply breathing in with a count of 5 and breathing out for a count of 5.

Repeat a mantra telling yourself you are doing something you have always wanted to do or accomplish and that you are succeeding, no matter what your brain is telling you. Combine the mantra and the breathing technique.

Listen to the sound of the regulator if you need something to focus on outside of what your brain is telling you and you can’t get yourself to focus on your mantra. If these things don’t work, use hand signals to communicate with your instructor, but do not wait until it is too late and you are panicking.